Tickets are proving popular for the Falcon Players' forthcoming October show. Chairman Andy Holt commented "The sudden loss of our longest serving member Janet Holmes leading to the cancellation of the June shows undoubtedly set us back. However, just as Janet would have wished, we are determined to continue entertaining audiences and this show will be testament to that".

Up and Running! by Derek Benfield is on at the Cope Auditorium from Wednesday 8th to Saturday 11th October. It will feature Andy Holt as TV Chat Show host Patrick Sumner, Ian Swift as Trevor from the flat downstairs, Cathy Rackstraw as Jenny 'with legs', Norman Hockley as stern boss Reg Godfrey, Nicole Brent as dippy Virginia and Dot Hollins as uncomprimising wife of Patrick's, Kate Sumner.

Said Andy, "This is a fast moving play with many memorable funny moments and we strongly recommend people to buy their tickets in advance. We are really looking forward to performing it on stage and show that the Falcon Players are once again Up and Running!" 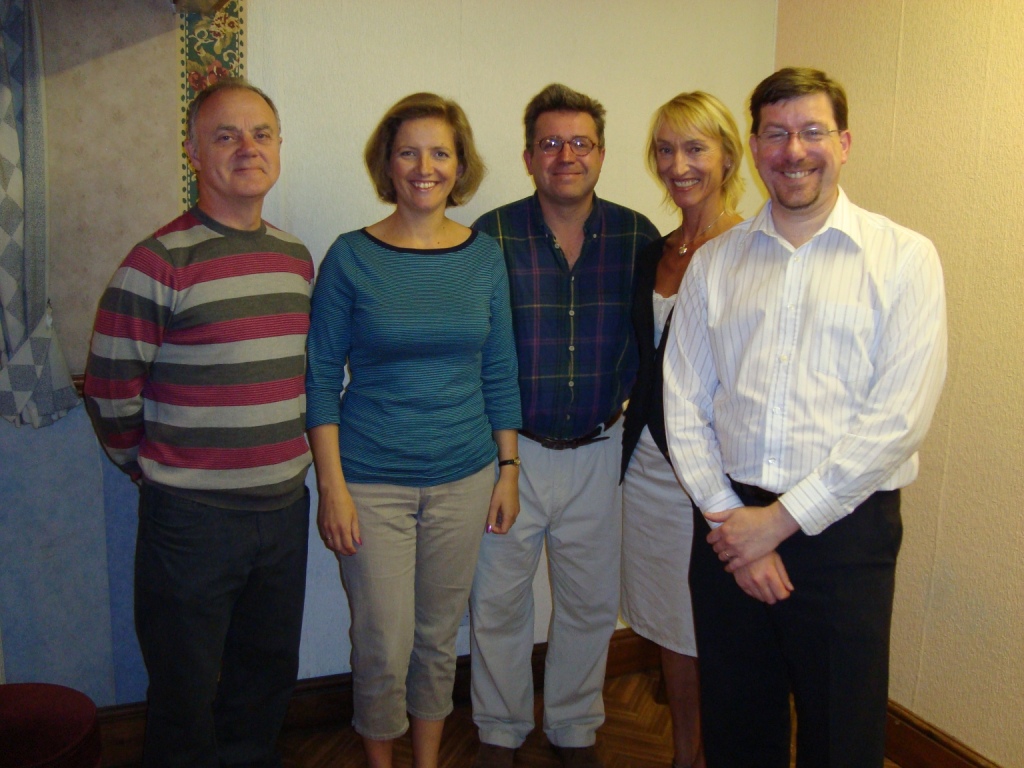 Some of the cast members during rehearsals